Spring is in the air. The sky is blue and the garden robin is lining his nest-box bachelor-pad with moss. At such a time the thoughts of man turn naturally, like those of the robin, to matters evolutionary, and in particular to the long-awaited second half of my blog on organization and evolution. I posted the first part before Christmas, though never made it to organization, waylaid instead by a lengthy detour into Richard Dawkins’ decidedly wonky metaphysics.

Pseudo-evolutionary chatter in organizations: it seems to be everywhere. We don’t bat an eyelid when Amazon talks about its ‘purposeful Darwinism’, a yearly cull of the worst performing employees. It doesn’t make us shudder to hear that this is based on constructive criticism offered to bosses via secret feedback mechanisms. Final year undergraduates cheerfully tell us about the ‘rank and yank’ mechanisms in the firms they hope to work for, never considering that things may not go to plan and they might themselves be yanked, not ranked.

Management scholars of a critical bent should be worried about this kind of thing, so I’ve set out to elaborate a genealogy of these ideas. It’s one of many possible lineages as the evolutionary tropes have themselves evolved and spread out in their own diasporic family tree; though it may not be encyclopaedic, it is still a useful exercise. I recently heard the distinguished intellectual historian Quentin Skinner draw out a genealogy of liberty. During the course of the lecture he asked us to remember that genealogy is always critique, and so it is: genealogy ‘is a practice of criticism that is motivated by finding uncertainties and insecurities in that which is presented as stable, coherent and self-perpetuating’, writes de Goede in Virtue, Fortune and Faith (p.15).

Let’s see where the genealogy takes us. Our friend Richard Dawkins stands at the gateway to the flourishing of this particular metaphor, for it is his linguistic imprecision that has given everyone else so much material to play with. Where his first book offered us the ‘meme’, his second, The Extended Phenotype, proposes a ‘Universal Darwinism’, abstracting the mechanism of natural selection and stretching it into a generalized theory. Darwinism, says Dawkins, is just too important to be left in biology. It must instead be a theory of everything, a kind of religion to batter the other religion old Dawkins gets so worked up about. We need certainty, just certainty of the right kind, you see. 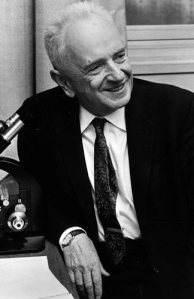 Wait! I hear you cry. The Darwinist account of evolution is a biological theory! Darwinism, or what if we are to be precise, the neo-Darwinist synthesis makes use of Mendel’s genetics and other technical explanations to provide, via the work of Theodosius Dobzhansky, a cast iron scientific account of evolution. Not only does the neo-Darwinist synthesis emphasise variation, selection and heredity, it also provides detailed explanations for the mechanisms by which they work. That’s what makes it science, as any fule kno. It has theological overtones only if you were a bewhiskered Victorian who didn’t know how the world came to be, or if you are an evangelical American of the most demented persuasion. Otherwise, say the theologians, science is science, and very good it is too: we’re off to talk about Divine overflowing and kenosis and all the other funky stuff that Professor Dawkins never encountered when he learned his religion in Sunday school.

Yet Dawkins isn’t alone in his evolutionary hubris. Just as Dobzhansky was putting the finishing touches to this mechanism, so he was kitting it out with all kinds of transcendental paraphernalia. Dobzhansky concluded a famous lecture with the claim that evolution is the ‘general postulate to which all theories, all hypotheses, all systems must henceforth bow and which they must satisfy if they are to be thinkable and true’. The logic being that if all life stems from evolution, then everything within life also stems from evolution; if our brains have evolved, then everything we think up has also evolved. There’s all kind of Jesuitical sophistry under the surface: Teilhard’s notion of tatonnement (groping) as evolution’s sense of purposefulness, a move towards ideal forms of a seemingly Platonic nature, not known in advance but evident in the world. Lamarck’s idea that acquired characteristics may be inherited had been booted out, but his complex metaphysics is still in play: life is intelligence striving to transcend its material limits. Again, I’m no scientist, but that seems to me to be expecting too much, even of the world’s finest scientific theory.

One enthusiastic supporter of a universalized Darwinism is the American philosopher Daniel Dennett, who builds the argument that evolution is always and exclusively algorithmic. In other words, it is a formal process with predictable results, no matter where or when you run it. As with Dawkins’ leap from gene to meme, Dennett’s insistence that evolution is an algorithm and that algorithms are indifferent to their medium leaves the door open for an account of the economy (or anything else) as an evolutionary process. This is precisely the path that Dennett follows, his argument building a complex interplay between economics, biology and artificial intelligence into a hybrid, ‘cyborg’ evolutionary economics.

For Dennett similarities of design – legs, fins, eyes and arms in pairs, or ‘mouth-at-the-bow-end’ arrangements are indications of algorithms at work. For all their mindlessness, despite the influence of chance or dumb luck, algorithms tend to do certain things. ‘In a vast space of possibilities’, writes Dennet in Darwin’s Dangerous Idea, ‘the odds of a similarity between two independently chosen elements is vanishing unless there is a reason’ (p.132). The reason is that the evolution-as-algorithm is a cost-benefit calculator: we can discover ‘general principles of practical reasoning (including, in more modern dress, cost benefit analysis) that can be relied upon to impose themselves on all life forms everywhere’ (ibid.).

Sciencey friends tell me that bacteria evolve at a frightening rate, but E. coli in a warm sandwich has nothing on the evolutionary metaphor. Within little more than century it has literally taken over the world. In 1859, dear, modest Charles Darwin cautiously suggested that our being here might be more about natural selection than godly design. Within a matter of weeks, his friend Herbert Spencer, editor of the Economist, is going all ‘survival of the fittest’, and the Victorians are finding yet another intellectual excuse for imposing cricket and taxes on an ever expanding expanse of the globe. A century or so later, the last gasp of the deeply Victorian public school system coughs up a bunch of militant atheist ‘humanists’, all male, all white, and all sprung from the womb with the fully formed opinions of a 50-year-old. In the midst of these stands Dawkins: telling us that evolution is too important a scientific theory to be treated as a scientific theory, and that we should be worshipping at the high temple of rationality while a suitably bowdlerised version of the theory explains everything. We only have to leave out all the precise, empirically verifiable aspects that make the theory of evolution scientific, or indeed a theory.

So we have Susan Blackmore telling us that architectural drawings, pop songs and Bakeoff recipes are self-replicating evolutionary units, and that is why we think the way that we do, and Daniel Dennett assuring us that evolution is an algorithmic process embodying ‘abstract principles of general reasoning’ form of cost benefit analysis. The point about an algorithm, says Dennett, is it will always come up with the same answer, whether you run it in a computer, in the economy, or in a giant blue globe full of monkeys. This is why, says Dennett, reaching for a particularly penetrating example, so many creatures have eyes on the front and legs on the bottom.

We are edging closer to organizations. At some point the meme leaps from the natural to the corporate world, and what fecund tilth it turns out to be. I can’t lay my finger on a particular point of passage; it seems that the ‘world of organizations’, or the ‘world of business’ is so ripe for metaphorical explanation that we naturally slip into that turn of phrase. When talking about the survival of new firms, or the evolution of new technology, the passage from start-up to global tech giants seems as fraught and unlikely as the passage from tadpole to frog. It is true, there are many fewer frogs than tadpoles, but you can’t call this evolution.

If not an obligatory point of passage, as fine a statement of evolution-and-organization as any is the one assembled by popular economics writer and Undercover Economist Tim Harford. He has a good go at setting out an evolutionary account of the organizational world in his book Adapt. But he can’t quite make it work as it stands: those tricky mechanisms of variation, selection and heredity can’t quite make the leap from organism to organization, at least without a little help. So Harford has to go one step further, and claim that evolution is all about failure. His introduction explains:

‘Biologists have a word for the way in which solutions emerge from failure: evolution. Often summarised as the survival of the fittest, evolution is a process driven by the failure of the less fit … astounding complexity emerges in response to a simple process: try out a few variants on what you already have, weed out the failures, copy the successes – and repeat forever’ (p12-13)

For the perplexed, evolution is not much about failure, and quite a lot about success. Even Dawkins is clear on this point, citing the ‘law that all life evolves by the differential survival of replicating entities’. But Harford’s optimizing engine requires a disciplinary measure to weed out the less successful variants, and he chooses failure. The following passage shows us failure at work, and a spot of variation and heredity as well:

‘New ideas are created by scientists and engineers, meticulous middle managers in large corporations or daring entrepreneurs. Failures are culled because bad ideas do not survive long in the marketplace … good ideas spread because they’re copied by competitors, because staff  leave to set up their own business, or because the company with the good ideas grows’ (p.17).

This is all true, as it stands. I suppose that is really how new products and ideas do come about in the market. Then why am I so vexed? There is, as always, a sleight of hand. Harford’s explanation is trivially true, but it borrows the authority of evolutionary science, at the very same time as it divests itself from all the things that make evolutionary theory serious and authoritative. You could call it fake science, perhaps, as it does all the things that fake news does: legitimizes certain illegitimate practices, disguises circuits of power, and prevents the marginalized from claiming their rights. You got ranked and yanked? Fired without notice, even though the firm made its best profits ever? Damn right, baby, that’s evolution.

To give Harford his due, he does follow the concept through to the end. Organizations are all about the best ideas: winning armies preserve the best strategies, and winning firms the best products. Only an organizational sociologist would be so dreary as to suggest that armies and firms might also be shaped by power, politics, habits or routines. And there we get to a crunch: for if we are to take Dawkins’ gene’s eye thinking seriously in organizations we might recognize that firm 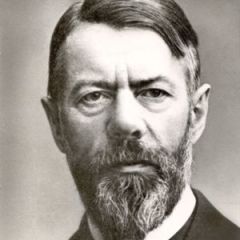 s exist because they need us, and not because we need them. If things like capital budgeting, cost benefit analysis or even bureaucratic, hierarchical structures really are memes, organizational DNA ruthlessly parasitizing the structures they inhabit, it follows that organizations exist to preserve bureaucracy and not the other way around. That conclusion may rain on Harford’s evolutionary optimism. But I think it’s rather ironic, not least because Max Weber figured it out a hundred years ago.

View all posts by Philip Roscoe